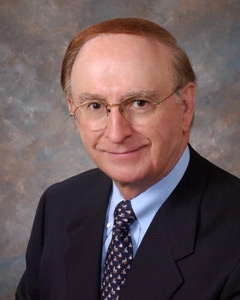 Joseph R. Feste, M.D., FACOG, AACS, AACG, Director, NBH Lifetime Health Hormones & Weight Loss. Dr. Feste is a member of the American Society of Bariatric Physicians. He has extensive experience in the fields of obstetrics and gynecology, surgical and non-surgical cosmetics, bioidentical hormone therapy, weight loss, the use of Botox and Fillers in cosmetic applications, and the use of laser technology for cosmetic and surgical applications. He received his M.D. in 1961 and practiced and taught in the area of obstetrics and gynecology and women’s health for approximately 30 years. He taught obstetrics and gynecology at Baylor School of Medicine and at Ben Taub General Hospital (the latter for 11 years). He has served as both a Clinical Instructor and Clinical Assistant Professor in Obstetrics and Gynecology.

Dr. Feste has written or contributed to numerous medical articles, has years of experience in treating infertility and PMS, and worked in the area in the area of women’s health for years. He served on the Board of Directors of the Woman’s Hospital of Texas and was Medical Director of the Premenstrual Syndrome Program at Woman’s Hospital. Dr. Feste has years of experience in the use of natural hormones, the treatment of PMS and endometriosis and the clinical application of hormone therapy for both men and women.

Dr. Feste is the Medical Director of the Austin hormones clinic.

Dr. Weiler is a 1969 graduate of the University of Michigan. He received his Medical Degree from the University of Michigan Medical School in 1973, graduating with honors. Dr. Weiler served his residency in Diagnostic Radiology and later served as the Chairman of Radiology Service at Memorial Hermann Hospital in Houston, Texas. He is Board Certified in Radiology. Dr. Weiler is a member of Alpha Omega Alpha, Medical Honor Society.

He later acted as the medical director of the Dallas Male Medical Clinic, Dallas, Texas and Men’s Wellness Center in Austin, Texas. He has considerable experience in men’s health.

Dr. Weiler is the Medical Director of the Austin hormones clinic.

Norma Tumbusch, RNC, WHCNP, is a Nurse Practitioner with more than 20 years of experience in the treatment of health conditions. Norma provides extensive medical knowledge and expertise in the areas of medical weight loss, the use of bio-identical hormones, women’s health care and family planning. As the Natural Bio Health Nurse Practitioner, Norma is responsible for prescriptions and for consulting with clients. She reviews the EKGs, blood tests and the progress of patients. Norma also performs mesotherapy treatments and injections.

Mike is the Director of Education & Research for NBH Lifetime Health and the Lifetime Health Weight Loss & Hormone Centers. He has a Doctorate Degree in Natural Medicine, has been designated a Diplomate of Anti-Aging Medicine and is an eleven year member of the American Academy of Anti-Aging Medicine. He is also an affiliate member of the American Society of Bariatric Physicians. Mike is currently enrolled in the Fellowship and Master Master’s Degree Program in Medical Science with a concentration in Metabolic and Nutritional Medicine.

He is the author of a Medical Weight Loss book and co-author of the largest study on prescription weight loss hormone (as published in the Bariatrician, the Journal of the American Society of Bariatric Physicians).

Mike’s past or present memberships include the North American Society of Meso-Lipotherapy, the American Society of Aesthetic Mesotherap and the American Society of Aesthetics & Intradermotherapy (ASAMI). He has attended numerous courses and received extensive training over the past twelve years in the areas of Bio Identical Hormone Therapy, Anti-Aging Medicine, Hormone Replacement Therapy, Weight Loss, Mesotherapy, Medical Peels, Intense Pulse Light, Laser Technology, Endermologie, and Skin Care. He has certifications in the fields of Lasers, Endermologie and Intense Pulse Light.

He has been the Director of Education & Research for Bioidentical Hormones and Weight Loss since 1999. His philosophy is: “Learning is an ongoing duty that is part of NBH Lifetime Health. Science changes at a rapid pace and it is imperative that we do our best to stay abreast of new studies and evolving science.”